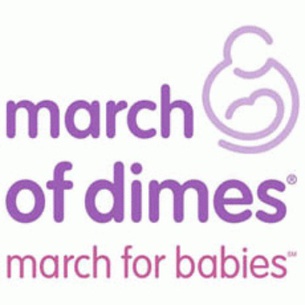 At Carolina OB/GYN every month is baby month. We hold a special place in our hearts, however, for April when the March of Dimes’ hosts its annual ‘March for Babies.’

The ‘March,’ known initially, as WalkAmerica, began in 1970 as the first charitable walking event in the United States. It has grown to include 1,100 communities, and more than seven million participants raising over two billion dollars for life-saving research for healthier babies.

A major focus of this research is on the prevention of premature births and birth defects. These are the largest contributors to infant death and a major cause of long-term health problems in children who survive them. Each year in the U.S., more than half a million babies are born prematurely and more than 120,000 are born with serious birth defects.

In 2018, a report from the March of Dimes gave both North and South Carolina a low grade on prenatal health, largely due to the states’ higher than average percentage of premature births.

Helping to combat premature births is a program known as CenteringPregancy, an evidence-based model that provides enhanced education, support and health care for a group of women who are due to have babies at the same time. The visit schedule and content follow nationally recognized guidelines with flexibility and time to explore health and wellness topics that fit the group’s needs.

In 2013, Carolina OB/GYN, supported by both the South Carolina Department of Health and Human Services (SC DHHS) and the South Carolina Chapter of the March of Dimes, was the area’s first to offer CenteringPregnancy. Since its inception, more than 600 women have participated.

“We are proud to support the March of Dimes and the work they are doing for babies and moms. We invite you to join us as we walk for a healthier future,” she said.